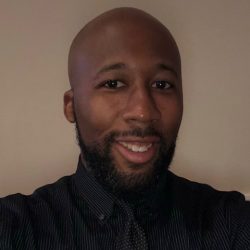 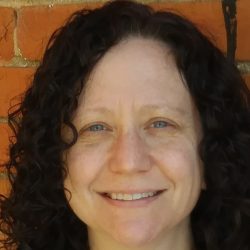 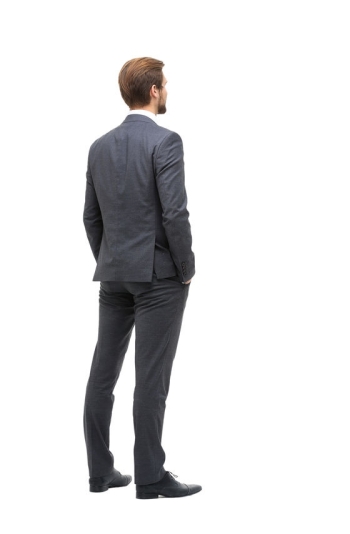 There are two kinds of “space” one has in this world. The space that a person has in their own head, and the space that a person takes up within their relationships. I'm not talking about actual space in your brain for new information or the physical space between you and a loved one. Instead, the space I'm referring to is a way to describe your capacity for complexities in the world. Think about space as your emotional availability.

Think about the day you had either yesterday or today. What did you do? What made you happy, what made you stressed, angry, sad, etc.? Emotions are the driving force behind the space within yourself. Often times, when a person is feeling a great deal of emotion they tend to have less space for everything else.

Think about a time when you were excruciatingly happy. Like when you were falling in love or, you just got that new job promotion. Most likely these were times when anything else in the world could have fallen apart and you wouldn't have noticed until you came out of your happiness coma. Did your friend have a bad day and you missed it? Did something not go right at work and it didn’t seem as important to you? Your mind and body didn’t have the emotional availability to detect other information, as it was so full with happiness.

At the same time you might be missing a friend’s sadness, or didn’t catch a mistake at work, your lack of emotional availability may help you to push forward. Your happiness may even help others to move forward. By not catching that one mistake at work, you might not get bogged down with the day-to-day grind. Instead, you stay positive and focus on the bigger picture. Your friends, who may not be having their best week, can use you as a motivator. Happiness is contagious. You’re personable. Enjoy and use the lack of emotional availability for anything but happiness to move forward and to help others around you.

Now, think about a time when you were stressed at work. Your partner calls you about the children. You snap back at them and hang up the phone. You're not mad at your partner or the situation they brought to the table, but all of your emotional availability in your brain is being consumed with the stress from work. Recognizing when you are having these extreme emotions can help you to manage the emotional availability in your brain better. When you’re having a good week because your partner surprised you with tickets to a concert of your favorite band, the sex has been out of this world, and you just got a great review at work- check yourself.

Checking yourself does not mean decreasing your emotions. However, being aware of these emotions can help you maintain healthy relationships with those around you. You may have to take extra provisions like setting a reminder in your phone to call your friend, actively telling yourself to give someone your full attention when you are listening to their story, or letting the person on the other side of the conversation know where you’re at with your emotional availability. Tell them that it may not be the best time for them to come to you with important information because you’re consumed with something else right now.

Since the notion of emotional availability may be new to you, it’s okay if you struggle to become aware of consumption as it’s happening. There may be times when you still snap at another person or miss out on someone else’s happiness because you were in your own world. That’s okay. The reason it is okay is because you will follow up. When you snap at your partner while you’re at work, take your commute home to think about why you snapped. Was it really what they were saying or was it because your boss just put 6 new assignments on your desk at 3:30pm and said to get them done by the end of the day? If you acknowledge that the latter happened to yourself, then you should also acknowledge that it happened to your partner. Apologize for snapping on them and key them into how much emotional availability was already being taken up. By communicating your full emotional availability, you will start to recognize patterns of when you are at emotional capacity while it’s happening, rather than after. And, your partner may be able to help you recognize your emotional availability being full, too.

Allie grew up in a family of four, her mother, stepfather, brother, and herself. Her biological father was in and out of her life, habitually coming back when he needed something. Her brother, who was older, did not take their parent’s divorce very well. He started to act out in school and use drugs. Stepfather decided to not participate in any of the back and forth between brother and mother and frequently consumed himself with work. Mother would try to spend time with Allie, taking her shopping at times or hanging out around the house. Unfortunately, mother had to answer frequent calls from stepfather or someone else in regards to brother during her time with Allie. Allie learned that if she did well in school, did her chores, and asked for minimal things that mother was happier. Allie learned that taking up less emotional space than her brother was needed.

Now, Allie is an adult trying to get a promotion at her job for the last three years. She is in therapy because she feels she is not good enough and wants to work on her career skills. In therapy, it is discovered that Allie has taken herself out of the running twice for a promotion because her best friend, Jim, said he was going for it. Allie has also allowed coworkers to take projects that lead into getting recognized by the boss. Allie is repeating her patterns of how much emotional availability she takes up that she had growing up in her work environment.

In order for Allie to have a healthy level of emotional availability from others she needs to learn how to be more assertive, rather than passive. She needs to learn how to advocate for herself. Allie was respected in her family for taking up as little emotional availability as possible. Now that Allie is an adult, she needs to learn that the rules are different in the “real world,” specifically in the workforce. Respect is earned by speaking her mind. People who advocate for themselves are professionally rewarded. Allie’s value in her family was that she took up very little emotional space. In her adult world, she will get passed over professionally, and possibly personally, if she continues to hold the same value. Allie should identify a new, healthier value that she can hold within her work and personal life. Allie will feel anxious and uncomfortable speaking up more because it’s not what she’s used to. If she challenges herself to sit with her discomfort and push herself to do something she wouldn’t normally do, Allie will eventually have enough positive reinforcement from these new behaviors that a new value of who she is can be formed.

Allie’s friend Jim was the star football player of his southern Texas school. He went to a D-1 school where he started on the team his freshman year of college. Everyone loves Jim. He’s charismatic, he always has something interesting to say, and nothing ever seems to go wrong for Jim. Growing up, Jim came from a two-parent home, and has a sister and brother. He’s the oldest of the three children. Jim’s parents praised him for his good grades, good athleticism, and the good example he was setting for his siblings. One time, Jim snuck into the school and was caught drinking right before Homecoming night. He had the big game the next day and the principal didn’t want to lose so he let him off the hook. Jim’s parents also felt like Jim was just “being a boy.”

Jim is in therapy because he can’t seem to “find the one.” He reports women tend to find him pompous and selfish. He feels like he’s doing everything right by buying them flowers and taking them to nice restaurants. When the therapist asked Jim what defines the women that he takes out, what their hopes and dreams are Jim draws a blank. Jim tends to talk about what is exciting in his life, his job, his friends, and his flag football league. Jim forgets to ask the women questions about themselves. Jim got so much emotional availability growing up, that he now doesn’t know how to take up less space and let someone else fill it.

Jim also needs to learn how to be more assertive, rather than aggressive. Jim needs to learn the value of others in his life. By connecting to others through hearing their story, he will start to experience a richer, more diverse dynamic between him and potential partners. Jim needs to open himself up to being influenced by others and having them take up some of his emotional availability. At first, Jim may feel anxious or uncomfortable not being the center of attention. However, by working through the anxiety and discomfort he will feel more connected to those that he has let take up more emotional space.

Think about in your own relationship or friendships, what is your role? Is it the same or different than what your role was growing up? Chances are, it’s the same. Does that work for you? Or, do you need to find a better balance? Do you have people in your life that you perceive to be in a healthy state of emotional availability? What is it that they do differently than you? What are some of the changes in your thoughts and behaviors that need to happen? With a better balance, you will notice a better ability to connect with others. If you’re a person who tends to take up less emotional availability try to take up more. Chances are you’ll feel like people really know you instead of feeling misunderstood or unheard. If you tend to take up more emotional availability from others, try to hear others and learn their stories. You may learn something from them.

Relationships are about balance. There will be times when this balance is not possible, for example, the partner who is stressed at work. Maybe, the company is going through a merger and for the next few months that partner will be consumed with work. If the couple can identify who is taking up the majority of the emotional space, and how they want to navigate that for the next couple of months they are in a better position than if they let the consumption of emotional availability by one partner blindside them.

To find a psychotherapist near me reach out to 922 LOVE (5683) x 100 at The Center for Growth. We have therapists that can help you. We work with clients living Society Hill, Ardmore, Mechanicsville, Ocean City just to name a few of the city's. We have physical offices in multiple city's and states and work with clients inperson as well as virtually.