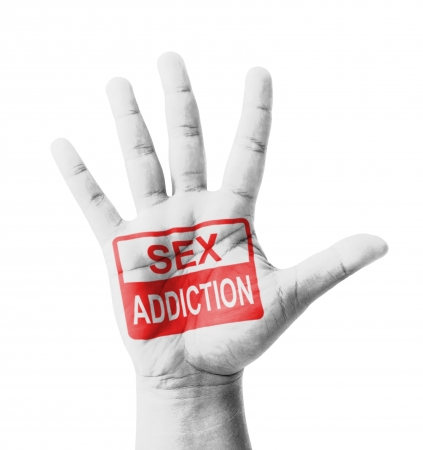 The men’s Sexual Addiction Support Group in Philadelphia has been active at The Center for Growth, Inc for nearly three years since its inception in April 2019. The Sexual Addiction Group consists of male-identified adults over the age of 18 that struggle with compulsive sexual acting out in different forms. Currently, the Sexual Addiction Support Group in Philadelphia meets every Wednesday evening from 8-9 PM in a virtual format. However, there are plans for the group once again to meet in person at The Center for Growth’s Fairmount location (across from the Philadelphia Museum of Art) once it feels safe, from a COVID-19 perspective, for clients to congregate again in an office setting.

The Sexual Addiction Support Group in Philadelphia is open to any adult male who identifies or think they may identify as a sex addict. Whether the problem is compulsive pornography viewing, excessive masturbation, frequent attendance at strip clubs or other venues of a sexual nature, paying for sex, compulsive sexual acting out with many partners or with the same partner. The tentative client could be married or single, straight, or gay, and any adult age. The main criteria for joining the Sexual Addiction Support Group is for the male to self-identify as having a “problem” controlling their sexual behavior and want to be abstinent and/or be in recovery from the sexual behaviors that have caused negative consequences for them.

Although it is best if the tentative client is in individual therapy concurrent with the Sexual Addiction Support Group, it is not a requirement. The group is also open to male clients seeing a therapist at another facility where the two clinicians can work together to ensure a consistent approach in helping the tentative client reach their personal goal of having a more fulfilling sex life, without the feelings of guilt, shame, and regret that are so often associated with sexual activity that may be counter to a person’s own personal and/or relational goals. If you are working with an outside therapist, please sign a release form with them and ask them to contact us.

When is the Sexual Behavior an Addiction?

This is a controversial question depending on who is asking it and who is answering it. As stated earlier, sexual behavior becomes a “problem” when people are acting out in sexual ways that goes against the person’s own value system or is contrary to the sexual expectations of one’s partner resulting in negative consequences. Some examples of these negative repercussions could include relationship tensions or arguments, potential separations due to infidelity (either sexually or emotionally), as well as the potential of contracting a sexual transmitted illness. Other potential sexual problems that could result from sexual acting out are sexual performance issues with one’s partner (i.e. erectile disorder, lack of interest in sex), lowered self-esteem, chronic feelings or shame and guilt, dishonesty stemming from attempts to hide this behavior from others, up to and including more serious issues such as arrests for lewd conduct.

The sexual “problem” becomes an “addiction” when a pattern of compulsion (inability to stop the behavior even when wanting to) persists despite those problems. Other indicators that the problematic sexual behavior crossed the line of addiction/compulsion could include: continuing to act out even after self-imposed limits on the behavior have failed, excessive cravings, urges or obsessive thinking about the next sexual fix (even if already having sex regularly), spending a lot of time thinking about acting out, the acting out itself, and recovering from its effects (both physically and emotionally), continuing to act out sexually to the extent that “role obligations” are neglected whether it be responsibilities at either work, school, home, or other expectations that are normally a part of someone’s lifestyle. The acting out cycle is even repeated even though the pleasure initially derived from these actions no longer produce the pleasurable or lustful result that it used to. Furthermore, for some, there is a psychological pattern of withdrawal that could emerge after a series of acting out experiences. These could include feelings of depression, anxiety, anhedonia, fatigue, or even excessive cravings powerful enough to compel the addicted person to act out again just to relieve the very emotional states that have been caused by the sexual behavior to begin with.

Like most addictions, the addicted person can be more successful in achieving sexual sobriety if they have a group of other people going through the same journey of not acting out sexually. These support networks can come from family and established friends, but more often come from others outside one’s immediate circle such as attendance at a Twelve Step meeting or a professionally run support group. The Sexual Addiction Support Group in Philadelphia offers a different experience than a typical Twelve Step meeting, although it is recommended that a potential client attend Twelve Step meetings also to further strengthen their recovery process. Some of the advantages that the Sexual Addiction Support Group in Philadelphia offers are the following:

· A safe space for clients to interact and talk with one another in a conversational style rather than just the one-way sharing format of a Twelve Step meeting.

· The Sexual Addiction Support Group is run by a trained therapist that holds the boundaries of the group and is available to provide professional feedback and direction (if warranted).

· Clients are encouraged to not only talk about their recovery experience but can also share personal problems outside of the addiction that could be potential triggers.

· The Sexual Addiction Support Group is easily affordable ($10) given the level of professional intervention available.

· There is a contractual agreement for clients to uphold the policies and procedures of the group for all participants to feel safe.

As indicated earlier, cultivating a support network or friendship outside of the group is encouraged to help the potential client feel more connected to their recovery goals as well as having others they can call or contact to help mitigate the cravings and triggers that emerge that most other “non-addicted” family and friends may not be able to empathize with.

Format of the Sexual Addiction Support Group in Philadelphia PA

Although the format can change based on client need and what is most effective in helping the potential client achieve their goals of not acting out on their problematic sexual behavior, the main thrust of the group is helping the potential client look inward at themselves. The group starts out with the therapist reading a passage from a meditation book that focuses on a different topic each session. The clients then “popcorn” around the screen taking turns checking in about how they are doing on a physical, mental, emotional, and spiritual level ending with whatever issue or topic they may want to have further discussion on. The meditation topic is used as a catalyst to stimulate thought and discussion in a general way should the members of the group not have other pertinent needs that they need to talk about. The one-hour group ends with the reading of a page with inspirational messages that serve as a closure for the session. This is an on-going group so new members can join at any time provided the group is not closed because of too many clients.

How to Join the Sexual Addiction Support Group in Philadelphia PA

Joining the Sexual Addiction Support Group involves calling the therapists of the group to schedule a group screening. This is a one-time thirty-minute appointment with the therapist to discuss the potential client’s clinical background and determine if he is a good fit for the group. There is a list of forms that need to be completed electronically prior to starting the group which will also be reviewed in the screening session. If approved to start the group, the potential client will be sent a list of group expectations that he will be expected to follow in order to keep the group feeling safe for themselves and others. Instructions on how to join the group, whether it be virtual or in person, will also be discussed at that time.

Asking for help by joining a sex addiction support group may seem easy for some and difficult for others. It is more common for people to ask for help when they are in physical danger, but when it comes to emotional help, that could be more challenging. Some of the factors that influence a person’s openness to asking or receiving emotional help could be influenced by many factors including how the person was raised, the culture one grew up in, as well as the many beliefs that person makes up in their mind about the meaning of asking for help. Below is a list of common beliefs that could get in the way of a potential client seeking help from the Sexual Addiction Support Group in Philadelphia:

· If I ask for help or join a support group, then I am a weak person. When it comes to getting support, two different mindsets could emerge. First, there is the “bottom up” view. This is when others who seemingly “have it together” are put in a position to symbolically lift the person up or out of whatever problematic situation they are in, making one feel like the weak link or needy one in a group that needs to be rescued or be like the others. Second, a person can view support from a “top down” view where others are there to almost prop the person up as if the members or the group are the pillars that help keep the potential client moving in the right direction. Clearly, the latter is a more empowering position and encouraged.

· In my family, we do not talk about problems, especially something so personal as a sexual one. It is this belief that fosters a sense of self-reliance, that when relied on the extreme, can be more detrimental than enlisting the help of others. When raised in a family that follows the unspoken rules of “don’t talk, don’t trust, don’t feel” it can almost seem like a person is behaving against a code of conduct if they allow themselves to be vulnerable or confide in other people about emotional or sexual related issues. However, having more “brains” on the person’s issues will likely offer many other possible solutions compared to the person themselves trying to figure everything out. This is another value to attending a support group with like-minded people that a person can learn to trust outside of their family.

· My significant other may get upset if they find out I am telling others my personal problems and not them. Although this could occur, it is encouraged for the potential client in the Sexual Addiction Support Group in Philadelphia to be open and honest with their partner. Once the partner experiences a renewed feeling of trust, even a partner will be happy the person is going because their positive changes will be noticed.

· I do not have the time to attend the Sexual Addiction Support Group. Given that the support group is just an hour in length once a week, the potential emotional and sexual benefits of being accountable to this level of change will likely make the time investment worth it. After all, how much “time” was the potential client spending on acting out? By the person investing themselves in a support group, further helps them reach their intimate and healthy sexual goals. Always remember that a person only gets out of a support group what they are willing to put into it!

If you are interested in joining the Sexual Addiction Support Group in Philadelphia or have questions about it. Please call Rick Snyderman, LPC, CADC, CSAT, NCC at (267) 428-2608 or Robert Jenkins, M.Ed. (267) 428-2614 to schedule a sexual addiction group screening appointment. 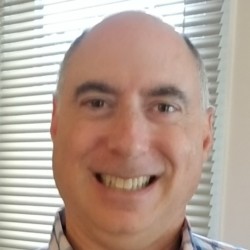 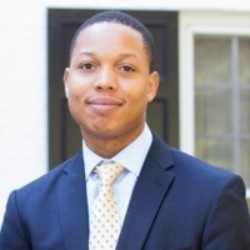