Use Your Anger Wisely | Center for Growth Therapy 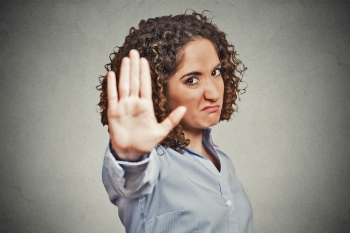 All across the world, regardless of race, ethnicity, religion or culture, babies are born predisposed to express certain emotions. We call these primary emotions, meaning that they are the first emotions that are wired in the brain at birth and provide the basic blueprint for responding to specific stimuli. For example, when a baby gets scared they might withdraw and seek out a caregiver for comfort or when a baby gets angry they might scream and flail their arms and legs. Although there is some debate about which emotions constitute primary versus secondary (i.e., emotions that develop later in life such as guilt and pride), most people agree that sadness, fear, joy, surprise and interest are primary emotions.

Anger is a complex emotion that is a simultaneously viewed as a primary and secondary emotion. It is a primary emotion in the sense that infants are predisposed to emote it at birth, but many scholars believe it is a secondary emotion because adults will often use anger to mask feelings of hurt or fear. For the purposes of this article, anger will be analyzed in its primary form.

Interestingly, most people in our culture seem to be more comfortable experiencing and expressing the “positive” primary emotions, such as joy and interest, but are uncomfortable with the “negative” primary emotions, such as anger, sadness and fear. It is not uncommon for individuals to seek therapy to help them manage their anger. In fact, there is a million-dollar industry related to anger management interventions and programs. Some individuals do struggle with explosive anger that can be destructive to property and/or cause harm and would benefit from participating in one of these anger management programs to learn how to express their anger in more productive ways. On the other hand, there are some individuals who seek out anger therapy simply because they are uncomfortable with experiencing anger and, unrealistically, seek out support to rid themselves of this “negative” feeling.

Why are so many people uncomfortable with experiencing anger? What is the point of anger? Why are we preprogramed to express it? Should we attempt to rid ourselves of it or is there a benefit to anger? One would argue that a feeling that is wired into our brains before birth and is expressed by all babies at birth, until they are indoctrinated into their specific culture’s norms about emotion expression, would have an evolutionary benefit. This article will help you explore the challenges and benefits of anger and guide you through some exercises to help you use your anger wisely.

Use Your Anger Wisely: Exploration Questions

Think about all the times you have been angry or have witnessed others being angry. With those images in mind, jot down your initial thoughts to the following questions:

What are some of the themes you noticed in your responses? Did any of your responses surprise you? Do you hold yourself to a higher standard compared to other people when it comes to expressing anger? How much did the family you grew up in shape your comfort with experiencing and expressing anger? Did you find certain questions easy to answer and others harder to find responses?

In my clinical practice in Philadelphia, it is not uncommon for my clients to have an easier time answering the questions related to the challenges of experiencing and expressing anger. Again, it’s not surprising considering our culture’s general avoidance of anger expression. We seem to be more focused on defusing anger, even if that means we have to placate individuals or be inauthentic in order to deescalate the situation. But why are we afraid of anger? What are the challenges often associated with anger?

Use Your Anger Wisely: Understand the Challenges of Anger

Unfortunately, it is easy to cite examples of when people have engaged in harmful behaviors when they were angry. There are countless episodes of school shootings, suicide bombers, murders, rape, vandalism and hate crimes that have been committed in fits of rage or extreme anger. Therefore, it would make sense that we might be afraid of the destructive potential of anger. But for many individuals, their most common experiences of anger won’t be this extreme and yet they are still uncomfortable expressing and experiencing anger. Part of this might be related to feeling out of control when angry or “seeing red.” Many people have said something hurtful to the people they love when they are angry that they have later regretted. Our ability to think clearly, control our impulses and problem solve effectively is compromised when we are experiencing anger. This means we might do and say things that are not productive when we are experiencing and expressing our anger, but like any emotional state the more we engage it and use it wisely the better equipped we are to access its benefits (more on this later in the article).

Additional challenges with anger is how it makes people feel physically and psychologically. Anger can manifest itself physically in a multitude of symptoms, such as increased heart rate; physical agitation or excessive kinetic movement; flushing or increase feelings of body heat; fast, shallow breathing; or muscle tension. Additionally, anger may be accompanied by increase levels of stress hormones, adrenaline and cortisol. For many individuals, the combination of these physical and hormonal changes may not feel good. In addition to the physical discomfort, some people may internalize anger negatively. They may feel that they are a “bad” person for getting angry or they are disappointed in themselves for allowing other people to “push their buttons.” In these situations, anger may be seen as a character flaw and avoided. As a result of the interpersonal, physical and psychological impact of anger, many people may be motivated to avoid experiencing and expressing anger.

Use Your Anger Wisely: Embrace the Benefits of Anger

As previously mentioned, any primary emotion, such as anger, that is prewired into us before birth would suggest that there are fundamental benefits to experiencing and expressing that emotion. Your answers to questions 3 and 4 above may have illuminated some of the benefits of anger. Consider the following three scenarios in which individuals experience and express anger and ask yourself what would be the benefits of anger in these situations.

In each of these situations, the individuals involved communicated to themselves and other people specific events that they were displeased about. This information can be used to stop the behavior or change the situation that is causing them distress. For example, the teacher can be more mindful about enforcing positive class norms and not reward negative behavior by allowing students to spontaneously yell out answers. The store patron was made aware that she crossed a line and her unsolicited advice was not needed nor wanted. The school administrators were alerted that their dorm policies were not supportive of trans students. Without anger to alert people of the injustice or unsafe practices, people might continue to repeat those behaviors.

Additionally, in the situations above, angry was used as a motivating force. It helped the individuals to engage in behaviors that communicated their displeasure and even advocacy work to promote the respect and fairness of others. It is not uncommon for people to allow the status quo to continue until they get angry enough to overcome their initial resistance. The student might have been a very shy person who didn’t say anything to the teacher for months until she got angry enough to overcome her shyness. The mother might have been a pacifist who normally turns the other check but was motivated to assert herself in the presence of this aggressive woman because she felt like her child was being threatened. The students might not have ever considered advocacy measures until they saw the direct, negative impact on their dorm-mates. Politicians and advocacy groups are acutely aware of the motivating power of anger. In their appeal for votes or reforms, they will skillfully try to inflame the public to get them to act.

Finally, anger has the potential to protect people from psychological, physical or even social harm. In other words, the student might have been trying to protect her sense of self and the idea that the world operates fairly but speaking out against the unfair classroom practice. The mother was obviously protecting her child from threats, both psychologically and possibly physically, from the store patron. The college students were using their power to protect the rights of the trans students.

In summary, the major benefits of anger are the ability to communicate to everyone situations or behaviors that cause distress; the power to motivate people to action; and the ability to protect ourselves or others that we care about.

Use Your Anger Wisely: Personal Application

Now that you can appreciate the challenges and benefits of experiencing and expressing anger, how can you use your anger wisely? The first step is to become comfortable with anger. This can be especially difficult for “people pleasers” or those individuals that don’t want to make other people upset and go do great lengths to mute their feelings and responses for the comfort of other people. If you are a people pleaser it would be helpful to remind yourself of the benefits of anger and know that you make anger work for you in healthy ways. So getting comfortable with anger doesn’t mean that you are allowing yourself to get out of control or have cart blanche for your behaviors. It means that rather than trying to avoid anger or getting rid of it immediately, you should embrace it and channel it in productive ways. So how do you know when anger has become unproductive? You want to be in control when you experience and express your anger. This means that you are not doing and saying things that you will regret later. To help you stay in control, you may need to remove yourself from the anger producing stimuli and engaging in some self-soothing activities (e.g., meditation, relaxing movement or music, or grounding exercises). If you are in control while you are experiencing and expressing your anger, then you are more likely to be able to use your anger in productive ways.

Once you become aware that you are angry, ask yourself the following questions:

Once you have answered these questions, then you are ready to take the next steps. This could include respectfully communicating your angry feelings to other people and offering potential solutions; changing the way you interact with yourself or other people so you don’t feel like you or people you care about are being treated unfairly or being disrespected; or even engaging in advocacy activities to challenge systemic injustices. The options are endless, but the goal is to embrace and use your anger wisely to promote changes in yourself or other people that would ultimately make things feel better.

Anger, along with the other “negative” emotions can be challenging for some people to embrace. Unfortunately, if you avoid anger you miss out on the potential benefits that are associated with experiencing and expressing anger. If you are struggling with finding ways to embrace and use your anger wisely, schedule an appointment with one of our therapist who can help you tap into this amazing emotional resource.

*This article uses traditionally plural pronouns (e.g., “they, them, their, theirs”) as singular pronouns for purposes of gender inclusion and neutrality.