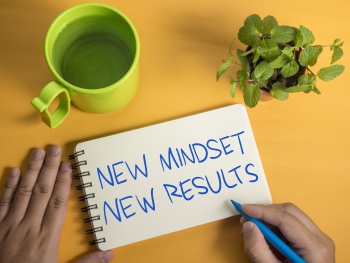 aka How To Be A Better Person

Are you stuck in an endless pit of self loathing? Perhaps spiraling into a state of crippling anxiety and overbearing depression? When stuck in a cloud of negative thoughts, it is easy to focus on what’s wrong with yourself and much harder to see, let alone believe, that there’s any good. Too much self hate and shame can make it hard to feel motivated for self improvement. You may be wondering how to be a better person, which isn’t a bad thing. But, if at your core you believe you are a bad person, self improvement may seem unlikely or even impossible. We might even think we’re unworthy of such goodness. All attempts at being different or better could feel like a facade hiding your true self. These are depression thoughts. These are shame thoughts. These are trauma thoughts. Ironically, learning how to be a better person might involve realizing that you already aren’t so bad.

You may not believe it with all of your being yet, but you are probably not a completely terrible, bad, useless person. I might even go as far as saying you’re an amazing person. Everyone has flaws and weaknesses. But everyone has strengths too. Can you say you’ve never, ever been helpful or kind? It’s just plain untrue to state that you’re always this or that way. It can be helpful to think of yourself as simply a person, who can do good AND bad things. Focus on your actions, and not your character. This looks like saying, ”I did a bad thing” instead of “I am a bad person.” Of course, your character is shaped by your actions, and if all you ever do are “bad” things that hurt others, one could argue that you’re a bad person. But even then I’d like to say you’re a person who has gotten caught up in bad things and had trouble accessing their positive traits. See the spin there?

For most of us, it doesn’t help to consider ourselves as bad people. Especially if you’re interested in self improvement. A little guilt, discomfort, or embarrassment can be great for giving you the push needed to change, but in order to stop these feelings from becoming unhealthy, overwhelming feelings of shame, we need to keep them in perspective.

Below is a guide I like to call the Self Improvement Spin. It is a guide to get you in the right mindset to discover how to be a better person. It starts by having you identify the things you want to change about yourself and then seeing how these behaviors both serve and hinder you. What do you mean my bad traits and behaviors serve me!? It would be much easier for you to change if those behaviors didn’t do something for you. A lot of your bad traits keep you comfortable, protected, and safe. Maybe you learned as a kid to placate your dad when he was angry to avoid getting yelled at, and this protected you, but now creates challenges for being your authentic self in your current relationships. Or perhaps you drink a little too much to avoid thinking about painful experiences, and while you know this behavior leads to hangovers and missing work, you crave the comfort of the escape.

Step One of the Self Improvement Spin:

While keeping an open mind- remember we’re trying not to get stuck in shame- identify all the behaviors you do that you want to change. Focus mostly on behaviors that don’t seem to be working for you anymore. Some things you could ask yourself:

-What are some of your behaviors that other people have noticed and critiqued?

-Is there some feedback you always get from teachers, friends, or coworkers?

-What were the reasons your partner broke up with you?

-What did a friend or partner say in a heated argument that rang a little too true?

-What patterns of behavior seem to get you in trouble?

As you think about these things, take a moment to note how you’re feeling. Rate your mood on a scale from 1 to 10, with 10 being great and 1 being the worst. We’re going to see later if this exercise helps improve your mood.

Now, as you write down your negative traits you will...

1. First take a look at your identified flaws and if you notice any are written as a character judgement, rewrite it so it reflects a behavior instead. The examples below will show you how to do this.

2. Then you’re going to reflect on why these behaviors feel like a problem for you.

3. Finally, you will identify how you’d like to do/act/be different.

Reframe to focus on behavior: I can be too hard on myself (behavior).

Why This is a problem: I never feel proud of my accomplishments and this may be triggering my depression.

What you want to do differently: I want to acknowledge my achievements and not crumble when I make a mistake.

Reframe to focus on behavior: I prioritize my emotions and desires.

Why This is a problem: This has caused me to lose friends.

What you want to do differently: I want to be more considerate of others.

Reframe to focus on behavior: I go from 1-60 when I’m angry. I anger easily.

Why This is a problem: This has caused me to get into unnecessary fights.

What you want to do differently: I want to learn to keep my cool.

Reframe to focus on behavior: I’m afraid to express myself or my opinions; I fear being judged.

Why This is a problem: This has prevented me from meeting people and forming friendships.

What you want to do differently: I want to be more outgoing and fearless.

Step Two of the Self Improvement Spin:

Now, to pull you even further from the depths of self loathing, I want you to try to spin your negative trait as if you’re in a job interview. You know how in job interviews people often say their flaw is “perfectionism,” which is not actually a flaw, but a strength that they spun to look like a bad thing? We’re going to do the opposite. Take your flaw and make it sound good. Use the problematic behavior (line two in step one) to start.

Problematic behavior identified in Step One: I’m too hard on myself

Flaw stated as a strength: I strive for greatness.

Problematic behavior identified in Step One: I do selfish things.

Flaw stated as a strength: I value and take care of myself.

Problematic behavior identified in Step One: I anger easily.

Flaw stated as a strength: I am passionate and in touch with my emotions and am not afraid to express them.

Problematic behavior identified in Step One: I can act shy and afraid to express myself.

Flaw stated as a strength: I am careful about who I open up to, I have strong boundaries and know how to protect myself from hurt and embarrassment.

Step Three of the Self Improvement Spin:

Great, so now we’ve identified a very positive way to look at all your flaws. Do you feel a little better? How would you rate your mood now using a scale from 1-10? Happiness can be impacted by how we choose to view things. But of course, we didn’t forget that we are talking about self improvement, so we can’t stop here. The next step is to think about how you want to improve each flaw and add it to your job interview spin in affirmation form. It’s great to identify how you want to change, but one effective way to trick your brain into that change is to speak as if you already are that change, aka, good old affirmations. The idea here is to speak as if you’re already the change you want to see. Just as saying you’re bad can be a powerful statement that creates uncomfortable feelings, saying you’re good, while maybe uncomfortable due to being unfamiliar or unbelievable at first, is just as powerful. In your final statement, you have identified what you don’t like about yourself and how you want to change it, but stated in a way that reflects more self compassion and power. Moreso, it suggests that you have a positive self image and belief in yourself. Hey, fake it til ya make it!

What you want to do differently: I want to be more forgiving of mistakes.

Reframed as an affirmation (present tense): I Am understanding and forgiving, I Have self compassion.

*Final Statement- Flaw stated as strength AND Affirmation: I strive for greatness AND I am understanding, forgiving, compassionate.

What you want to do differently: I want to take care of others too

Reframed as an affirmation (present tense): I consider other’s wants and needs.

*Final Statement- Flaw stated as strength AND Affirmation: I value and take care of myself AND I consider other’s wants and needs.

What you want to do differently: I want to keep my cool more.

Reframed as an affirmation (present tense): I know when to back down and how to stay even keeled when necessary.

*Final Statement- Flaw stated as strength AND Affirmation: I am passionate and in touch with my emotions and am not afraid to express them AND I know when to back down and how to stay even keeled when necessary.

What you want to do differently: I want to be more outgoing and fearless.

Reframed as an affirmation (present tense): I’m not afraid to take risks.

*Final Statement- Flaw stated as strength AND Affirmation: I am careful about who I open up to, I have strong boundaries and know how to protect myself from hurt and embarrassment AND I’m not afraid to take risks.

What you end up with is a much more positive statement or way to look at yourself that also reflects the ways you can still grow. Adding in the affirmation holds you accountable to staying focused on growth, while not letting the negative feel too overwhelming. You know that there’s a lot more to “I strive for greatness” that isn’t working for you, but it’s nice to remember that this negative trait of perfectionism has some positive aspects to it. Speak in a way that shows you hold yourself in high esteem and know that growth and change is possible and happening Now.