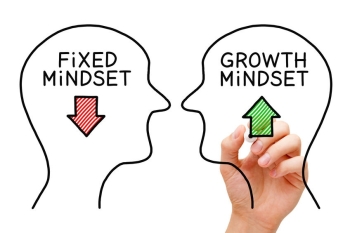 Many people who struggle with anxiety have negative core beliefs that contribute to their symptoms. The good news is that we can work on changing negative core beliefs whether they create shame, anxiety, depression, or just hold us back in life. Core beliefs are ideas about that we have about ourselves that influence our behavior. Some core beliefs are positive and some are negative. All of our core beliefs come from strong experiences that we have had or messages that we received on a regular basis. They can often come from childhood when we were developing our sense of who we are. These core beliefs drive our behavior in the world and with others. We accept them as “truth” and every time we behave in a way from that core belief we reinforce it as “truth”. For example, Gina grew up poor and money was very tight. Gina learned to recycle, reuse and not waste money on frivolous items. She learned saving was important. She learned being frugal was a good thing. She has a core belief that people don’t have enough money to meet their basic needs. She now worries about having enough money even though she has a good salary. She thinks what if she loses her job, gets a pay cut, has a big medical bill or has some other large expense that just happens. Her friends complain that she never wants to go on vacation, go out for fun, or spend anything on herself because she is so worried about money. If she gives in and spends money on herself for something she wants, she begins worrying about how she should of saved that money and will now be in trouble if a big bill comes in. For example, if she treats herself by taking a cab instead of walking, she tells herself that she is being irresponsible, thoughtless, and wasteful. In contrast, had she grown up in a wealthy family where there was not only enough money for all the basics, but enough for her whole family to indulge regularly on eating out and fancy vacations, she would have developed the core belief that money was a vehicle to make her more efficient and that she deserved to treat herself to a cab ride when she was running late.

Core beliefs may not be easy to figure out on our own. Tracking worries can help to identify core beliefs. https://www.therapyinphiladelphia.com/tips/tracking-worries-to-identify-core-beliefs But what do you do once you uncover them? The key is gaining awareness of the behavior that is a result of that core belief as well as how we interpret events that happen about the core belief. Without awareness, we will often accept information that reinforces our belief while rejecting information that doesn’t. That is great with positive core beliefs but very problematic with negative ones.

Here is how gaining awareness works:

1. Identify Your Core Belief (working with one at a time is easiest).

Example: Gina’s core belief is that she will never have enough money to meet her basic needs. Gina knows that this belief comes from how she grew up.

Please note: Knowing where the core belief comes from is helpful but you can work on changing it without really knowing why it is there.

2. Notice The Behaviors you Do That Reflect Your Core Belief.

Example: Gina began noticing when she would stop herself from indulging herself in any way no matter how small even though she made a very good salary. She noticed how often she would pass on nights out, going on vacation or even treating herself to coffee, or lunch out because she would worry so much about needing the money she spent. Gina demonstrated these behaviors because of her core belief.

3. Notice Any Times That You Dismiss Anything That Goes Against Your Core Belief.

Example: Gina began noticing that when she did spend money on what she deemed as frivolous things, such as going out to lunch, that she never had a situation where she ran out of money. She was always able to contribute to her savings and retirement with money left over.

Anytime we discount the evidence that contradicts the core belief we are reinforcing it. By only accepting the evidence that reinforces the belief, it keeps it firmly in place and actually makes it even stronger.

1. Identify Your Core Belief - Pete is 25 and has had one girlfriend for a short time who broke up with him. Pete is shy and couldn’t believe that she actually dated him. He had been scared that she would eventually realize that he was out of her league. Pete feels very rejected. Pete worries that he will never find anyone who will want to date him and be in a long term relationship. He realized that his core belief is that he is not lovable and worth dating. He is not really sure why he has this belief.

2. Notice The Behaviors You Do That Reflect Your Core Belief - Pete displayed no confidence when talking to women. When his friends offered to fix him up, he would often decline unless they insisted. He didn’t go on any dating apps because he told himself that no one would be interested anyway.

3. Notice Any Times That You Dismiss Anything That Goes Against Your Core Belief - Pete often would dismiss times that women showed an interest or that he got dates. He believe that he just got lucky. If he was turned down or women stopped responding, he would take that as evidence of his core belief.

Now it’s your turn to complete the exercise. Try it below:

2. Notice The Behaviors You Do That Reflect Your Core Belief:

3. Notice Any Times That You Dismiss Anything That Goes Against Your Core Belief:

After you gain a good awareness of the behaviors and times that you dismiss the contradicting evidence, you can begin to change your behaviors and take an objective look at the outcome. Continuing to build evidence and experiences that contradict your negative core belief will help to change it. Make sure you are tracking the times you engage in different behavior and acknowledging when the outcome is against your core belief. Work on finding the evidence that contradicts your core belief.

Gaining awareness of the behaviors that come from our core beliefs is an important first step to understanding how our these negative beliefs influence our lives. Once we can gain awareness of the behaviors, we can work on new behaviors to help us to change these negative beliefs. In addition, we need to notice when we dismiss or minimize events that contradict our core beliefs. Gaining this awareness can be difficult especially since our core beliefs are ingrained and have been present for some time. A therapist can be very helpful in working with you on gaining this awareness. If you want help with changing your core beliefs, call 215-922-5683 to schedule an appointment with a Center for Growth therapist.