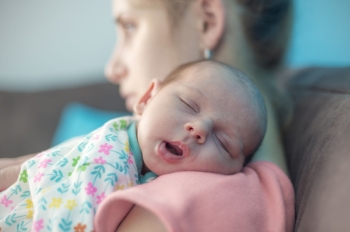 Postpartum Depression Therapy in Philadelphia: Postpartum depression, or PPD is a common problem that should not be ignored.

Somehow women have learned to expect that the birth of a baby automatically brings exhilaration and joy. Well, not so for many women who feel fine the week after giving birth, but soon after become overwhelmed by feelings of despair and desperation.

Postpartum depression (PPD) is a potentially serious illness that affects about one in 10 women.

Frequently, the warning signs of postpartum depression ( PPD ) go unrecognized and untreated because many women believe they are part of caring for a new baby. Characterized by mild anxiety, withdrawal, tearfulness, fatigue, sleep disturbances and mood swings, postpartum blues or “baby blues” are normal reactions that many mothers experience following childbirth. The onset of postpartum blues usually occurs three to five days after delivery, and should subside as hormonal levels begin to stabilize. Symptoms generally do not last for more than a few weeks.

A woman should not feel ashamed to seek help if she feels she might be experiencing a mood disorder, either during pregnancy or in the weeks and months following delivery. Women have been led to believe that it is supposed to be the happiest time in their life, but as many as four out of five women who give birth will experience some change in their mental health in the early weeks following the birth of their baby.

Some women keep their symptoms secret because they are embarrassed, ashamed, or guilty about feeling depressed when they are supposed to be happy, or because they worry others will view them as an unfit parent. But, with proper diagnosis and treatment, mom and baby don’t have to suffer.

Speaking with a professional—a therapist, psychologist, or social worker—to learn how to cope with postpartum changes and reduce depressive symptoms is a good idea. Support groups and phone support also may be effective. Antidepressant medications may be used independently or in combination with talk therapy to relieve the symptoms of postpartum depression.

To help in recovery, the woman should make sure to get as much rest as possible; only do as much as she can and ask for help when needed; talk to her husband, partner, family and friends about how she is feeling; join a support group, and don’t make any major life changes during pregnancy. If left untreated, postpartum depression (PPD) not only hurts the mother, but also affects the family. It can affect a mother’s ability to parent and her relationship with her partner, both emotionally and sexually. She may lose confidence in herself as a mother, which can worsen the depression.

If you or someone you know is experiencing symptoms of postpartum depression (PPD) , please call a doctor or counselor right away. Help is availabe 267 324 9564 Center for Growth / Postpartum Depression Therapy in Philadelphia.