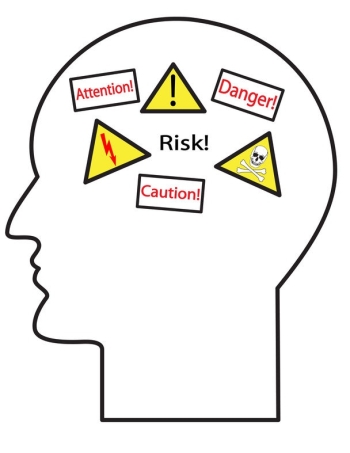 The idea that others will treat a person poorly by lying, cheating, and taking advantage of them. The thought is that this abuse is done intentionally to harm them. Often times there is a feeling of victimization, and that others do not have the person’s best interests in mind.

This thought process involves feeling that others will not meet the individual’s degree of emotional support. Three areas of support are nurturance (lack of attention), empathy (lack of understanding and listening from others), and protection (lack of guidance and direction).

The individual develops the feeling of being unwanted, inferior, and/or defective. This thought pattern involves the idea that if a person were to be “exposed” for their true self, people would find them unlovable. This often leads to hiding their perceived flaws by being hypersensitive to criticism and rejection.

Social Alienation is the idea that a person is isolated from the rest of the world and different than everyone else. People with this thought process often feel like they don’t belong in any group or community.

The belief that someone is not capable of handling basic daily responsibilities without significant help from others. This may manifest into the inability to take care of oneself without seeking guidance from others.

This is the idea that you cannot escape or prevent a disaster from occurring. Examples for for consistent fears may include medical (such as a major medical illness), emotional (such as feeling that you are “going crazy”) or an external catastrophes.

This involves being so connected to another individual (such as a parent), that a person forgoes their own sense of identity and development. This often accompanies feeling smothered, having a lack of direction, and questioning their existence.

This thought pattern is the feeling that you have failed, or will fail, and struggling with thoughts that you are inadequate and inferior to others in achievement.

This thought pattern is the belief of superiority, with special privileges and entitlements. For example, believing that you have exceptions to rules, forcing your viewpoints on others, and challenging and controlling others without empathy for their needs.

This is a lack of self-control and the ability to restrain yourself, while avoiding discomfort and pain. This occurs especially when struggling to wait patiently while trying to achieve a goal.

This toxic thought pattern involves giving up your control to please others. Doing so is an effort to avoid arguments and abandonment. This may occur in addition to the idea that your thoughts and needs don’t matter and are invalid. By surrendering your control, you attempt to give to others while also feeling trapped.

This is the process of meeting the needs of others at the expense of a person’s own wants and needs. The reason for doing so could form from feeling guilty about being selfish or not wanting to cause anyone pain. By continuing to put the needs of others over their own, that individual could face feeling resentment towards others for the acts they have done voluntarily.

This belief is when a person relies on getting attention and approval from others. The individual often times connects their self-esteem to how others view them, and may try to over emphasize their status, finances, and power. The idea is to gain approval over just gaining the power itself.

Having this thought pattern focuses on the observed negative parts of life, while making an effort to avoid or diminish positivity. With this mindset comes the idea that things will inevitably go wrong, and thus the individual often worries and/or complains.

This schema is when a person will bottle up their emotions and communication because they are afraid that if they express themselves they will be met with rejection and disapproval. Often times the person will hide their anger, and even happiness, to avoid being vulnerable.

This thought pattern is defined by the idea that a person needs to meet high standards in order to avoid criticism. This belief will subsequently create pressure for the individual, presenting as perfectionism, rigidness, and hypercriticalness.

Punitiveness is the feeling that others should be judged for their errors. They may have harsh criticism and high standards for themselves and others, accompanied with the struggle to forgive when mistakes are made.

Schemas are toxic thought patterns that have occurred during your formative years of childhood. When reflecting on these examples, take a moment to reconnect with your childhood self and see if any of these examples hold true today. After doing so, try to find any connections to your past. By understanding those thought patterns, you can begin the healing process and move forward.