Anxiety and Drug Use | Center for Growth Therapy

Anxiety and Drug Use 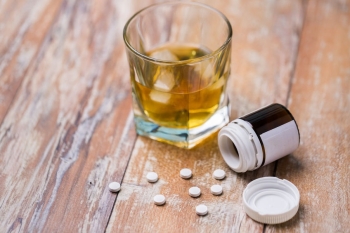 Anxiety and Drug Use: Whether or not you have a predisposition to anxiety, it is important to understand how drug use plays a part in your mind and body connection. This goes beyond your typical grade school lesson on drugs altering the chemical balance in your brain, and the scientific research on each drug and their effects on the body. Taking any foreign substance can result in a change in your body chemistry, even resulting in significant after effects similar to the reaction of a traumatic experience. Taking recreational drugs can often times bring out underlying psychological conditions, and the effects may linger on long after you are under the influence.

Anxiety can often cause physical symptoms, which is your mind’s way of using your body to force you to listen to what it has to say. Sometimes these symptoms can cause fear, resulting in a panic attack. These attacks can be characterized by intense physical reactions, such as dizziness lightheadedness, heart palpitations, numbness and tingling of limbs, shortness of breath, nausea or upset stomach, sweating, feeling detached from your surroundings, and trembling or shaking. The fear is exacerbated when these are new symptoms, and there is a concern of a serious medical condition.

Many of the aforementioned symptoms are also side effects to a number of different drugs. When someone tries a drug (whether for the first time or 100th time) and a negative reaction occurs, this can cause an alarming, often traumatic effect on a person. After the sensations subside, many will find themselves suffering from the same physical symptoms, days, even weeks after the last time they were intoxicated. While it is confusing and scary, it is important to remember that this is not a residual effect of the chemicals consumed, but your body recognizing how you took notice of physical symptoms, and using those symptoms to trick you into giving into your anxiety. It's best to describe this as having a post-traumatic stress reaction to the stressful situation that occurred.

There are many examples of how different drugs can become catalysts for anxiety symptoms. Let’s say that one night you decide to try a drug, such as marijuana, a common “party drug” such as LSD, cocaine, ecstasy, or even drinking alcohol, and while intoxicated your heart starts to race, picking up speed until you become out of breath and alarmed at the rate your heartbeat is increasing. The sensation turns to heart palpitations as you gasp for air and clench your chest. This terrifying feeling is new to you, and you lie down in fetal position waiting for the end of this exasperating experience.

Then a few days later, you are running on the treadmill and your heart rate increases. Your heart is racing faster and faster, now triggering a reminder of your awful experience just days before. A pleasant experience at the gym now becomes a dreadful experience, because you now have to avoid situations that will raise your heartbeat, a sensation that only gets worse as your anxiety increasing your heart rate to the alarming palpitations that are now habitual. This is one of many scenarios that can occur when a negative experience with drugs affects someone who suffers from anxiety.

This is not a public service announcement on the dangers of “party drugs” such as cocaine, LSD, ecstasy, or even marijuana and alcohol. This is just a reminder that people with a history of anxiety are more sensitive to physical and emotional changes. Whether you are thinking about trying something new, or experimenting with a drug you have used in the past, keep in mind that you may not always have a positive experience, and to be prepared if unpleasant side effects arise.