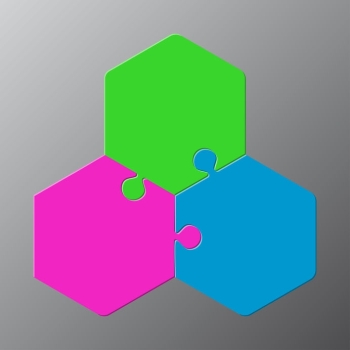 What are invisible illnesses? Chronic illnesses are problems that affect one’s physical, psychological, spiritual, and social wellbeing. Some chronic illnesses are more obvious than others. Some people has visible aspects of their illness like hearing aids, wheelchairs,etc..

Others have less visible signs. The pain of invisible illnesses is a lot more hidden. Ableism, the prioritizing or valuing able-bodied individuals, creates a lot of concern about the mistreatment of people who are not able-bodied or shame around not being “normal”. The nature of some chronic illnesses means there may be periods of your life where you forget about the struggles of your illness yourself so you ride the wave of not focusing on it and/or talking about it with the people in your life.

A non-exhaustive list of chronic illness examples that are invisible.

This exercise requires you to think about the various people in your life along with how much information you have given them about your invisible illness(es). You will learn how to compartmentalize the people you have relationships with into three groups.

Take out a sheet of paper. Draw three large circles.

Circle one: No Info

The group of people in your life who have no idea you struggle with an invisible illness. Something people with invisible illnesses talk about a lot is wanting to feel “normal”. Acknowledging that there is no normal and everyone struggles with stuff, having spaces where your invisible illness is not a focus of your day or relationship is really important for self-care. Since people assume health in others, people naturally fall into this group when you keep you diagnoses private. In this group, it is important to ask yourself what boundaries you want to keep as you meet people. If you tell everyone you meet the most vulnerable aspects of your illnesses, they may feel obligated to take care of you in that moment. It is important to work up towards disclosing invisible illnesses as you do not know who you trust with that information and you may put yourself at risk of being hurt.

Examples- Coworkers, a social group or club you join, acquaintances

These are the people who you feel comfortable telling a little bit about your invisible illness. You do not have to confide in them about the day-to-day struggles of having your invisible illness(es). Think of this group as on a need to know basis or a space that encourages disclosure like a support group for individuals who have the chronic illness.

Your true support community. These people know every invisible illness you have. You trust them to discuss the good, the bad, and the ugly with them. The people in this circle have meant a lot to you so you have felt safe enough to be the most vulnerable with them. It can feel so good to have people who know to check-in with you about your health and any doctor’s appointments you have had. However, the difficult part about people in this circle may be frequency that they bring it up. They really care about you so they check in on you a lot. This can feel like they only see you as your illness. Navigating the communion you receive from people truly seeing all of you can be challenging. Below are questions to help prepare you for knowing who belongs in this circle.

Jon battles a few invisible illnesses. His list could go on and on. The most difficult for him were the diagnoses of ulcerative colitis (UC), chronic tinnitus with bouts of vertigo, and a lazy eye he treated in childhood. The news about his UC and tinnitus has been that there is no cure and he will only be able to manage the symptoms. These are two common invisible illnesses. When Jon walks down the street, it is not obvious that he has things affecting his ability. He has had waves of empowerment feeling confident to tell a lot of people and not feeling shame about his battles.

After one particularly difficult episode of ulcerative colitis, he felt in remission for most of his invisible illnesses and entered a new chapter. He started a full-time job, moved to a new city, and felt hopeful about what was ahead for the first time in 5 years. He felt better about what he considered his major illness than he has since diagnosis. It was now better managed and controlled with his diet. The initial remission period was like a new life. He felt good, went out of his way to meet new people, and felt so confident. After 3 months, the initial burst of hope and confidence started to fade. He still felt good about this chapter of his life, but he started to recognize the symptoms of another invisible illness that was in the background all along. This is when his tinnitus and occasional vertigo started to bother him more. True, he could go days where it was not centered in how he made his decisions about what to do on a day and for the most part he could function at his best. However, he faced really challenging days that reminded him of everything he has been through. Can’t he catch a break? He felt tired of all the appointments, time off work, and feeling out of control in his body. Jon practiced telling people about the UC when he struggled the most. He needed a lot of support then and had so many appointments that he could not hide it. This positioned him to place more people into circle two & three than he would have liked. In the beginning, he disclosed without the active framework presented here.

Jon felt better and better about disclosure the more he did it. He also got responses that helped his shame. Others would disclose some struggles they have had or people able to see him the same regardless of his chronic illness. Suddenly, telling people about the hearing issues felt harder. It was one thing he could still hide. After all, he didn’t want to just be walking problems. He wished he could go back to having people in circle one who did not know any of it.

He worked with a therapist to work through many of the feelings to recognize that even though the physical issues of his lazy eye were fixed in childhood, teasing/bullying from that time in his life still affected his personal beliefs about illness. Jon needed to work through reclaiming his agency over telling people about his multiple issues and allowing people to help him by looking for more community from those he put in circles two and three unintentionally. Jon’s story of invisible illnesses has had many chapters of deciding who to put in which level of disclosure. Having this simple categorizing framework helped him take a more active role in in decisions to disclose as well as find new communities who did not know about the illness (circle one).

Each invisible illness comes with unique issues within what it means to disclose to someone. However, many more people struggle with chronic illness then it may seem, because they are invisible! The balance between agency and communion is very important for people with chronic illness. Deciding who to disclose to is only one part of achieving this balance. Know that there are places to go for help navigating every area of your invisible illness. Individual therapy or support groups are a good place to start.