Grieving the Loss of a Relationship

Any loss no matter how big or small triggers a grief process. A person does not have to die for you to feel grief.

How To Disarm A Narcissist

The first step to disarm a narcissist is to identify your own “hot buttons.” These are areas that are particularly sensitive for you that automatically send you into “defense mode.” If we slip into this “defense mode,” we are unable to empathize with the other person or think through possible solutions to the current situation. To disarm a narcissist, you must begin by identifying your own “hot buttons.” In so doing, you are diminishing the power a narcissist may have had in the past and gaining more control over your own emotional responses. Once you have adjusted your own frame of mind, you are then more able to communicate clearly and assertively. Below are several ideas of helpful phrases to use when interacting with a narcissist.

OCD as a Superpower

This tip considers the many strengths people with OCD have, in order to take a more compassionate look at their diagnosis.

Gender is a combination of gender identity, or a person's internal sense of who they are as a gendered-being, and gender expression, or how a person displays gender to the world (ie. clothing, hair, body language, make-up, etc.). Everyone has a gender identity and gender expression, even if it is neutral or agender, meaning without identity. Gender exists on a spectrum- there are as many genders in the world as there are people. However, gender is often mistaken for a binary, which assumes everyone is either a man or woman, based on the sex they were assigned at birth. Nonbinary, gender non-conforming, gender fluid, and transgender are some other examples of gender. 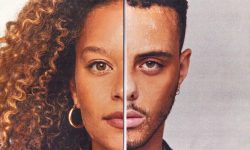 Do you feel your gender pulling you in a new direction lately? Sometimes it moves around and is hard to catch, pin down, and understand what it’s telling you. Gender identity work is tricky continue reading