What is Dissociative Identity Disorder? | Center for Growth Therapy

What is Dissociative Identity Disorder? 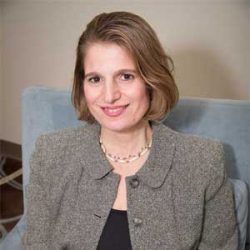 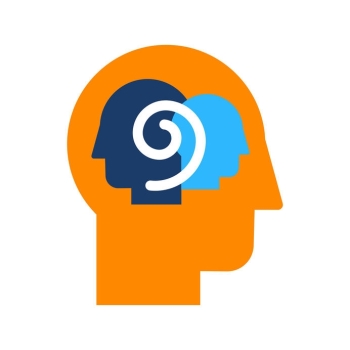 What is Dissociative Identity Disorder (DID)?
In layman’s terms DID is mental health disorder in which a person experiences extreme dissociation to the point where they have different personalities known as alters or parts. In clinical terms, DID is recognized by four criteria according to the Diagnostic and Statistical Manual of Mental Disorders (DSM). First, a person must have at least two or more alters or different personality states. These alters or personality states have their own way of viewing themselves, others and the world. Second, at least two of these alters take control of a host’s (main personality) behavior at various times. Third, the host finds it difficult to recall information about themselves and the extent seems beyond normal forgetfulness. Finally the above factors cannot be explained by substance use or a medical condition. In layman’s terms, try to imagine DID as at least two or three distinct people all living in the same body. The host’s body houses all of these distinct people. Sometimes the different alters and host all know each other, other times the alters and host are unaware of the others or are only aware of certain alters. Treatment for DID typically at the very least teaches the host and alters to work more cooperatively with each other as a team. Another therapeutic goal is integration, or the decreasing of the number of existing personalities, but this is not always a realistic treatment goal.

Who develops Dissociative Identity Disorder (DID)?
It is estimated that one in a hundred people have DID (Haddock, 2001, p. 1). People with DID typically have a history severe and chronic abuse or neglect during childhood. However, not all people diagnosed with DID present with a history of trauma. Sometimes people are unaware that they have DID, although they or other people in their life may suspect that something is off or not quite right. People with DID may wait for years to get a correct diagnosis and are sometimes misdiagnosed with Borderline Personality Disorder, Schizophrenia or even Bipolar.

What are some other signs of Dissociative Identity Disorder (DID)?
Besides experiences of extreme dissociation, people with DID may experience inner voices which they perceive as part of themselves. Experiencing loss of significant blocks of time, nightmares, memory difficulties, perceived or real appearance differences and different types of handwriting are also common. People with DID may also have panic attacks, eating disorders or abuse drugs and alcohol. “Switching” which describes the process of changing alters is also associated with severe headaches. Despite these symptoms, many people with DID are able to manage their symptoms or hide them from others. This can help a person with DID get through their daily life but it can also make diagnosis more difficult, especially if a person is ashamed of their symptoms or perceives them as normal because they are able to contain them. People with DID may also have other mental health disorders, especially those associated with trauma like PTSD, anxiety and depression. Some of the symptoms of these disorders and DID can overlap.

How is dissociation helpful?
Dissociation is a natural response to trauma and is designed to help people survive trauma. During traumatic experiences, dissociation serves as a way to protect an individual from the memory, physical sensations and emotions related to the trauma. Dissociation allows a person to disconnect from themselves from the situation, thus not taking in the full impact of what is happening.

When does dissociation become problematic?
Problems can arise if a person is no longer in an abusive or traumatic situation but dissociation still becomes their default coping mechanism. Using dissociation to get through daily life can become highly problematic. When it is used to these extreme extents, the traumatic memory may be pushed so far from the consciousness that a person will have no memory of it occurring. However, traumatic memories typically reemerge later, flooding a person with flashbacks, nightmares and physical symptoms associated with the trauma. This can be extremely shocking and overwhelming. Sometimes people can be so split and compartmentalized that they are unaware some or all of their alters.

Why is DID often called a “creative survival mechanism?”
When it comes to trauma, DID serves as a creative way to survive these unbearable experiences. To survive severe childhood trauma a child must find ways to soothe his or herself because from the child’s perspective there is no safe adult to go to who could make the abuse stop. Different alters may have helped the child with various comforting behaviors including internal conversations between the parts. Traumatized children may have been abused by an adult they depended on for their survival. Furthermore this adult may have been someone they wanted to have a meaningful relationship with, like a parent or a sibling. To manage this difficult relationship and form the necessary attachment to this person to ensure their survival, they may have used an alter who could best deal with the presenting situation. Abused children are also often threatened and lied to. They are often told that they or other people they love will be harmed if they disclose the abuse. Children are vulnerable and perpetrators use this to manipulate the child to keep their actions a secret. Alters may have helped the child manage and keep their abuse a secret, thus protecting themselves and others. DID alters also likely helped the child and even the adult manage their emotions related to the trauma. If all the memories were experienced at once most people would find themselves unable to function and would be unable to process how someone was capable of doing such extreme harm to them. Having multiple personalities in the short term helps a person make their reality livable.