How to Handle Rejection | Center for Growth Therapy 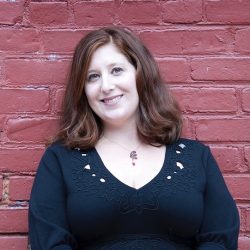 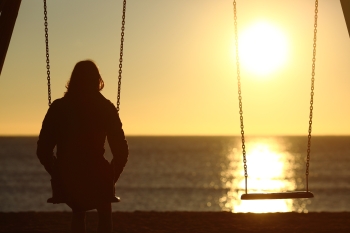 Dating culture has changed since the 20th century. Apps have made it easier to meet people, dates can happen more frequently, and rules for dating are less rigid. However, there are some parts of dating culture that have remained untouched, one of which is the pain of rejection. Unless you’re extremely lucky, every person is going to experience rejection at some point. Here’s how to handle rejection in a healthy, productive way.

What it Means to Be Rejected

Before going forward, it’s important to be clear on what it means to be rejected. This article defines rejection as the experience of having one’s romantic and/or sexual offers declined within dating. Both parties are clearly and respectfully aware of each person’s desires; however, one person does not consent to the proposal. Here are some examples of this definition of rejection.

· Wanting a second date, but the other person declining

· Asking someone out on a date, and being turned down

· Wanting to change the nature of the relationship, but the other person not wanting to

o e.g., Wanting more than just hookups; wanting to be more than friends

· Talking to someone and having them suddenly stop responding (i.e., being “ghosted”)

And here are some examples of what rejection is not.

· Your friend being unaware that you want something romantic

· A person not responding positively to you catcalling them

· Being nice to a person and not receiving sex afterwards

The former examples are rejection, while the latter are entitlement. Entitlement is the idea that you’re inherently owed something. Regarding sex and romance, some people may believe that because they paid for a person’s meal or listened to the person’s problems, they are deserving of sex or a relationship (e.g., “I listen to her problems all the time, and she goes and dates someone else!”). However, sex isn’t a transaction, and neither is love. They’re not rewards that a person is “owed.” Concerning rejection, it can hurt because the person is being open and honest about their feelings. Clearly stating that you want something can be quite vulnerable, especially if that desire involves another person. However, there are ways to handle rejection. Part of it involves finding the right balance between internalizing and externalizing the rejection.

As mentioned earlier, rejection can hurt, and some people tend to deal with that pain in two ways: internalizing and externalizing. Internalizing the rejection involves taking all the responsibility, while externalizing is completely blaming outside forces. A good number of people operate in the extremes, which blocks healthy management of rejection. A person can properly manage rejection once they understand that there are both internal and external reasons behind it. To figure out how you tend to handle rejection, reflect on the following statements.

How to Stop Taking All of the Blame

It can be easy to completely internalize rejection due to a desire for control. Essentially, bad experiences can be avoided if the person has complete control over them (e.g., “I was rejected because I opened up too much during the date. I won’t open up as much next time.”). However, this is a fallacy that tends to hurt one’s self-esteem, while preventing them from seeing other reasons for the rejection. One way to prevent this mentality is to list possible explanations for the rejection that aren’t extremely personal. Here’s an example regarding a date that didn’t end well.

· We probably weren’t each other’s type.

· The person may have been nervous.

· We didn’t get to know each other well.

· The person may not be ready to date at the moment.

· The person could have been better at expressing what they wanted.

Another way to stop taking all of the blame is to imagine the scenario regarding the rejection, and replacing yourself with your best friend. For instance, let’s say that you are talking to someone on a dating app. Suddenly, the other person stops responding; you get ghosted. If your best friend were talking to that person, would anything have been different? It’s a good chance that they would also be ignored. To be clear, you and your friend are different people, and will likely have different experiences with dating. However, there are times where rejection is mainly due to the other person, which is extremely important to keep in mind.

How to Stop Deflecting All of the Blame

Just as how it is problematic to take all the blame regarding rejection, deflecting all responsibility can be equally harmful. Deflecting all of the blame can be tempting because it spares the person’s ego. After all, taking criticism and admitting one’s flaws can hurt. At the same time, doing so allows you to grow as a person, and makes you a better person to date. One way you can stop deflecting all of the blame is to write down five positive and five negative traits you perceive to have within yourself when dating. Try to be as honest as you possibly can when doing this. If you’re stuck on coming up with traits, reflect on what you’ve heard other people say about you. How have people described you? Additionally, you can imagine going on a date with yourself. What would that experience be like? Here’s a way in which this can all look.

Now that you have named positive and negative traits, reflect on how those negative traits tend to influence moments of rejection. Taking ownership of flaws can be challenging for several reasons. If you’re struggling with this activity, an alternative is to talk to someone whom you truly trust. During this conversation, ask them if they would be willing to give you an honest assessment of your personality. Here are some questions to help guide the conversation.

· What would you say are my strengths and weaknesses in regards to dating?

· If you were on a date with someone who had my traits, what do you think that would be like?

· What are some of my areas of improvement?

· What are some bad dating habits that you see me do?

· If you had to name one thing that I do that makes it easy for me to be rejected, what would you say?

When having this conversation, it is important that you don’t get defensive. Simply listen to what the person is telling you; try not to come up with excuses (e.g., “Well, I do __ because...”). Remember, you are trying to stop deflecting all of the blame with rejection. Though it is uncomfortable, part of the process is accepting that you aren’t perfect.

No matter who you are, you will likely experience rejection at some point in your life. This is okay, however. What truly matters is how you deal with that rejection. Some people internalize all of it, while others completely blame external factors. However, one of the best ways to deal with rejection is to accept that there are internal and external reasons for why it happens. This process leaves room for personal growth, while acknowledging that there are factors outside of a person’s control. No one is perfect in relationships, at the same time, no one is 100% terrible in them, either. To facilitate this balance, first, assess whether you tend to internalize or externalize rejection. After you have done that, challenge that tendency with the above interventions. After you have done this for a while, reflect on your next experience of rejection. Are you mainly internalizing or externalizing the rejection, or have you gotten better at recognizing and accepting both factors? If you have tried the above activities and still struggle with how to handle rejection, talking to an individual therapist could be useful. Make an appointment at https://www.therapyinphiladelphia.com/contact .